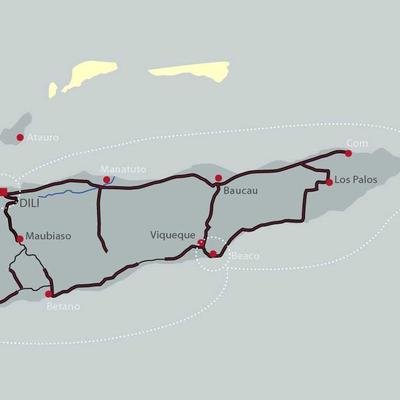 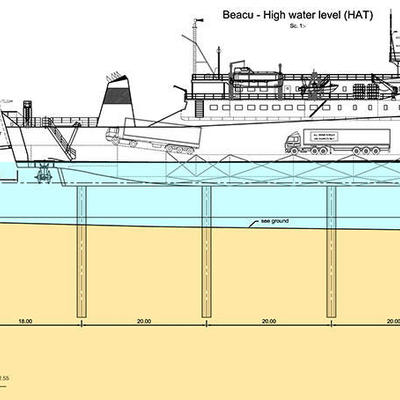 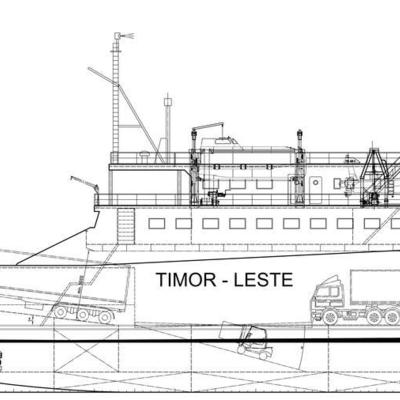 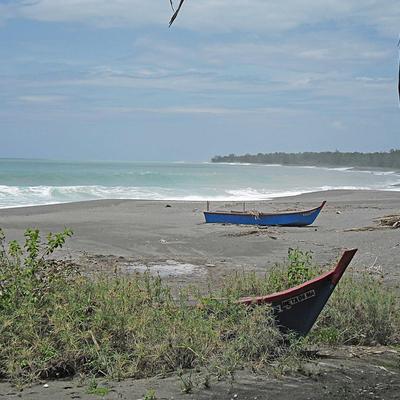 The road network connecting the north and south of the island state in Southeast Asia is in need of development, and a ferry connection has been proposed as a way of improving the situation. This study assessed the technical and economical feasibility of this proposal, and evaluated potential docking points along the route and the ferry ships‘ building concept. The designs for the ferries and the landing piers were developed with the desired low-budget approach, resulting in robust but reliable solutions. In order to ensure the economic success of the route, the ship design (passenger and cargo volumes, service and safety aspects) and service requirements (standards, number and locations of stops along the route, intervals between services, capital and operational costs for ships and infrastructure, etc.) were optimised as a complete package.

At the same time, environmental impacts and the population’s needs were also considered. At the end, the various alternatives considered were examined in detail, the costs and the pros and cons of each were compared and the optimal solution was presented.

With breakwater and port extension