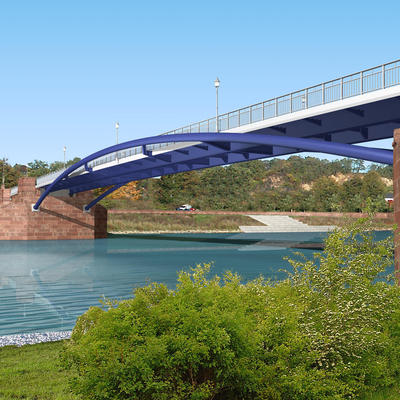 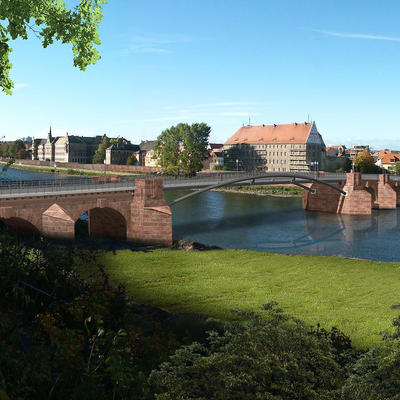 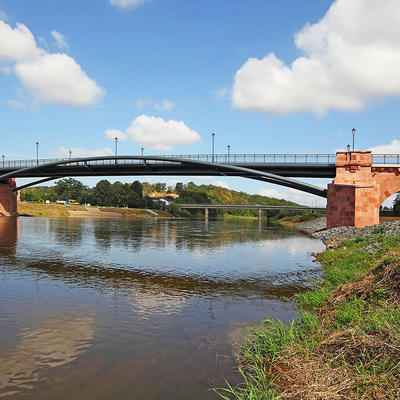 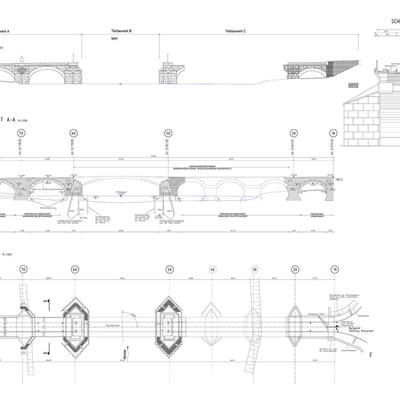 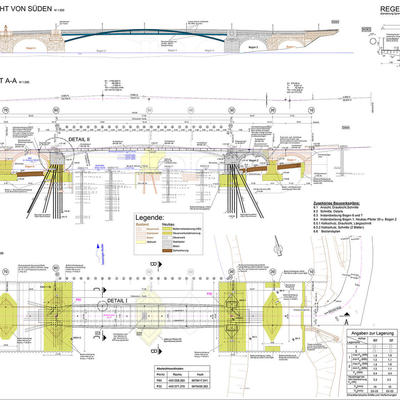 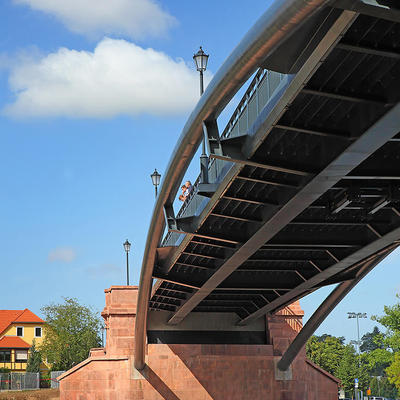 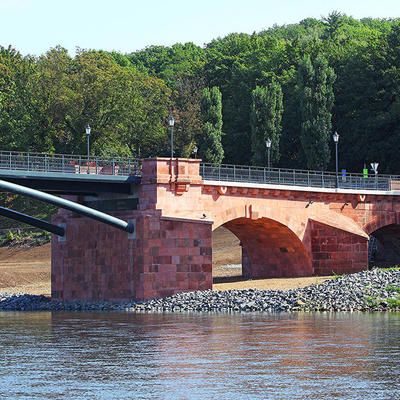 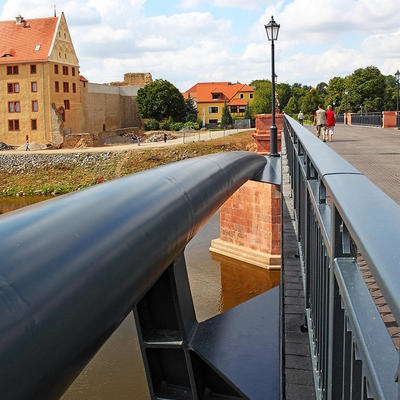 The almost 300-year-old Pöppelmann Bridge, which crosses the Vereinigte Mulde river in the German town of Grimma, was seriously damaged by severe flooding in the summer of 2002. A number of pier foundations were undermined by the approximately 2,570 m³/s of floodwater that flowed under the bridge during the flood, resulting in the collapse of the structure. Inros Lackner was appointed to evaluate a range of reconstruction options and to design a new structure, with the primary objective of finding a compromise, capable of being granted planning permission, between the historical ideal of the Pöppelmann Bridge and the need to survive future flooding. This was achieved by the design of a steelwork arch with an orthotropic deck, which spans the section originally crossed by the third to fifth arches with a clear width of 65 m.

Rehabilitation of a 300-year-old arch bridge

Rehabilitation of the A14 Mulde Bridge, Sachsen

With construction of a new autobahn bridge close by