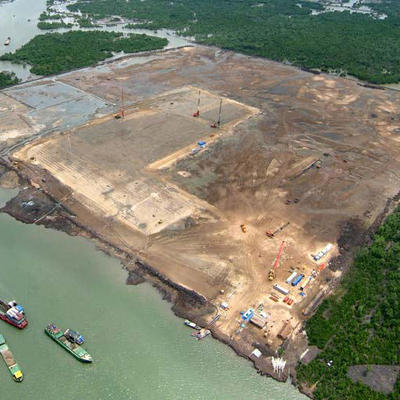 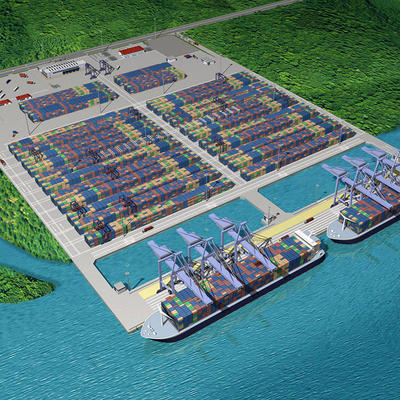 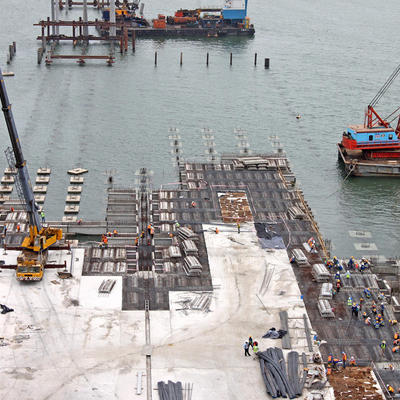 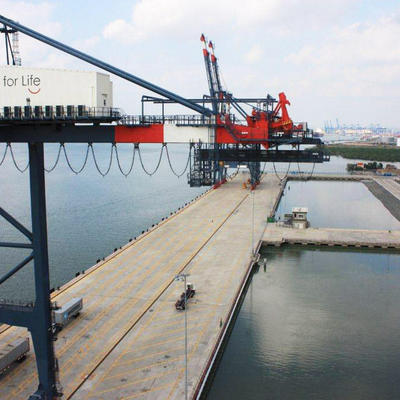 As a result of ongoing rapid economic growth in Southeast Asia, and particularly in Vietnam with its export-oriented industries, enormous investments are being made in port infrastructure. In 2011, for example, the Cai Mep container port was completed and entered into service, on schedule. Inros Lackner was heavily involved in this project, with responsibility for planning and design, construction contract award and construction monitoring. The result is the first container port in Vietnam that can facilitate ships of “Super Post-Panamax” size – the largest container ships in the world. The port has a total area of 48 hectares, with 600 metres of quay wall, and has a capacity of approximately 1.2 million TEU per year.

The modern container terminal was constructed in less than three years, in a previously unaccessible river basin, on a deep water approach for ships. This location necessitated extensive ground improvement works, including the placing of approximately five million cubic metres of dredged sand. The most modern cargo handling plant, including the newest “Super Post-Panamax” ship-to-shore gantry cranes and rubber-tyred gantry (RTG) cranes, will ensure the terminal’s efficiency and high capacity for years to come.