"Waltershofer" Bridges, Hamburg
Replacement of a road and railway bridge 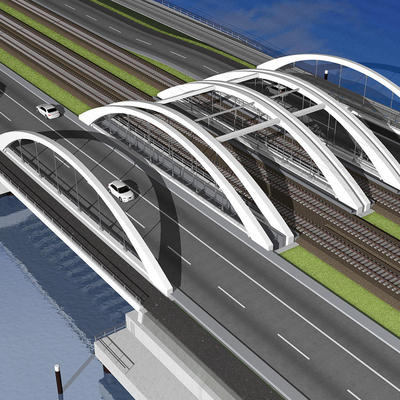 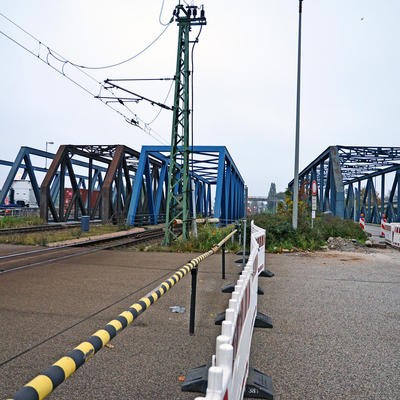 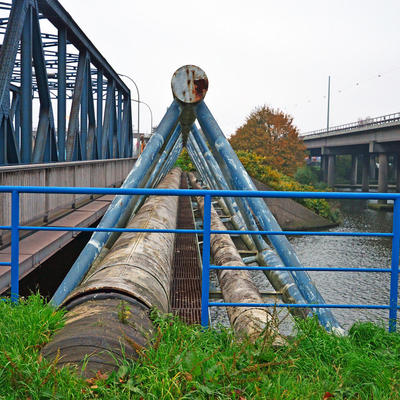 The "Waltershofen Bridges" are located in the western part of Hamburg Port. They cross the Altenwerder Damm road, which connects the main port connection route and the A7 autobahn with the Burchardkai container terminal to the north-west. The planned structures belong to one of two groups of closely neighbouring bridges, and represent that group’s eastern crossings. To the west, two single-track railway crossings and a further road crossing are located.

This group of four crossings is founded on common substructures. These structures, constructed in 1912, no longer meet transportation needs, and are to be replaced by new structures at the same locations, with unchanged road axis and clear heights. During the course of the work to replace the road bridge, an additional single-track port railway bridge is to be constructed, between the road bridge and the two western railway bridges.

Rehabilitation of a 300-year-old arch bridge
Go to top