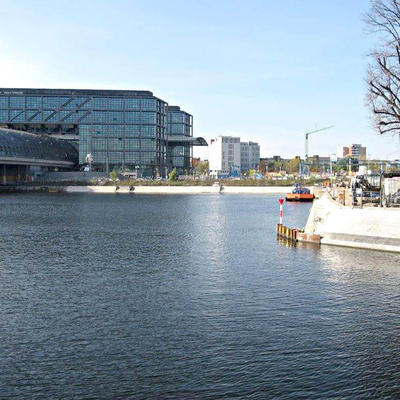 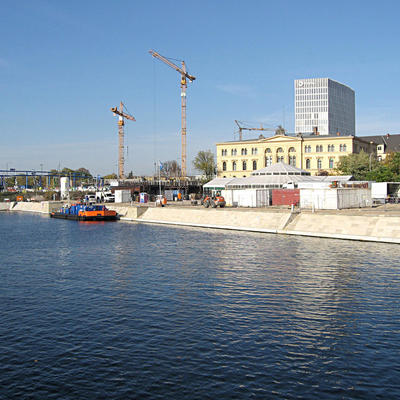 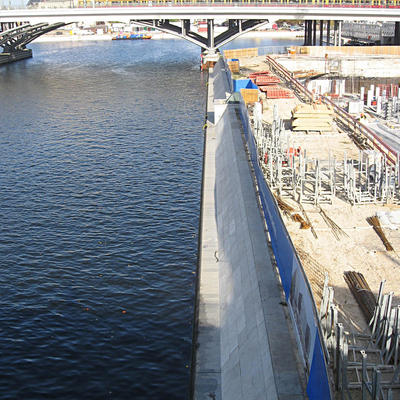 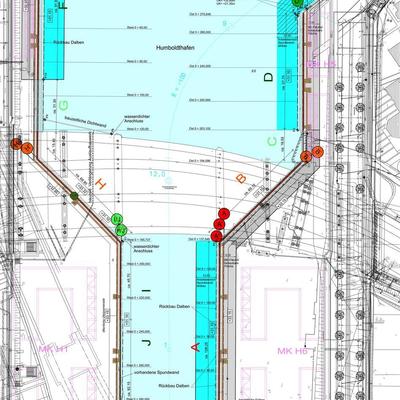 Humboldt Harbour, located next to Berlin’s main railway station, was developed in the first decade of this century to make it of particular value to the city and its residents. All of its embankments, owing much to the urban architecture of Lennés, were heritage-protected, but were in need of significant rehabilitation. Inros Lackner played a leading role in planning and designing the rehabilitation works, with due consideration of the structures’ protected status. In some areas, the original embankment was no longer in place, or had been replaced by heavy-duty structures after the second world war. In these locations, the bank walls were completely reconstructed in a manner befitting their historical significance. At the same time, an arcade structure with a basement beneath was being planned, requiring a second sheetpiled wall to be formed on the land side of the bank wall in that area.